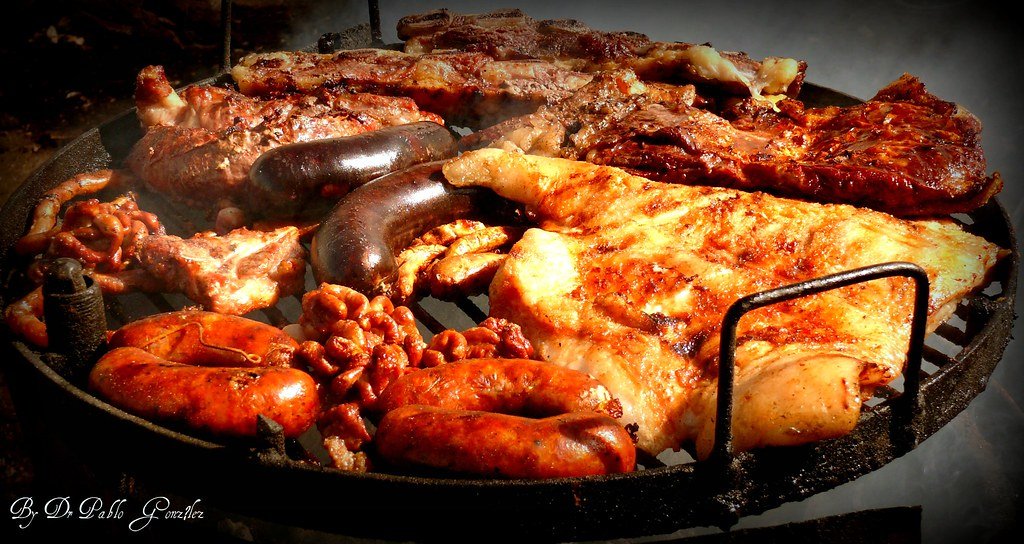 For many, it was one of the restaurants most influential of the last decade and changed the face of gastronomy around the world and, especially, in the Nordic region.

After almost 14 years of work, this iconic restaurant Named several times as the best in the world it has closed its doors, now yes, for the last time. At least, in that location and with its current interpretation.

At the end of 2017, a kind of Noma 2.0 will return, a completely new concept, with new rules. But before the head chef, Rene Redzepi, and his team open the doors of that new era, here is a review of the 10 ways that Noma has already changed the world of the most exquisite gastronomy.

Juicing pairing was available in Noma for almost a decade and is now finally expanding into restaurants worldwide.

Perhaps Noma's greatest contribution was the creation of a new Nordic cuisine. In 2004 Redzepi was among a group of chefs and journalists who designed the New Nordic Cuisine Manifesto, a document intended to revolutionize the region's food and shape its identity.

Its doctrines revolved around ethics, sustainability and quality. Those who signed it started working with a focus on local and seasonal products. “They (Noma) changed Nordic gastronomy forever. They put the lights on the Nordic territory and its treasures, ”the journalist and founder of Parabere Forum, Maria Canabal.

2. Chefs in the dining room

Redzepi also changed the identity of the chef, who was no longer limited to the kitchen and stove. Instead, with him the chefs began to go out to the dining room to serve the dishes to the diners, something that "broke barriers", according to the renowned Basque chef Eneko Atxa.

In fact in azurmendi, the restaurant From Atxa, which has three Michelin stars, the Basque chef adopted part of that philosophy and there the clients are taken by the chefs to a kind of greenhouse, as part of the gastronomic experience.

Let's be clear: looking for leaves to put on food plates is far from being a new phenomenon and Noma is clearly not the only one restaurant that makes. But Redzepi, undoubtedly, has been at the forefront of the popularity of this trend, which was fully founded after a leaf search campaign from Lapland to Finland, called “I looked for leaves with Rene Redzepi”.

Noma is also responsible for redefining the idea of ​​luxury gastronomy. He took the chefs out to the dining room, put seeds on the table, and the starchy white tablecloths disappeared.

Chefs in the dining room, seeds on the table, and the disappearance of starchy white tablecloths helped end the era of fine dining as we know it.

“They collected monkfish instead of foie gras; local seeds instead of importing beautiful herbs. They also decided to celebrate Nordic rather than being vaguely innovative, ”food journalist and consultant Poonperm Paitayawat told CNN. All this, according to Eneko Atxa, "changed the way of understanding luxury" in the kitchen, especially for younger chefs.

Fermentation became a major gastronomic trend in 2016, even though the technique has long been part of global culinary traditions. And while many restaurants focused on using the freshest ingredients possible, Noma delved into the world of preservation and creating strangers -but adorable- ingredients like peaso (similar to miso, but made from fermented peas).

And suddenly, fermented food menus began to be seen as bold and cool.

The British press was shocked and surprised when Noma appeared in London and served live ants, in 2012. Ants were on Noma's menu until the end.

In recent years, insects have been talked about as a substitute for meat protein, and despite protests about their viability in the western world, they have already hit the menu for some of the restaurants more avant-garde. In London, for example, wood ants are used as a flavoring in the restaurant Flat three.

The insect trend continued thanks to the Nordic Food Laboratory, a non-profit research center that Redzepi launched in 2008. One of its projects was to create recipes with insects, which will appear in a future book.

Juicing pairing was available in Noma for almost a decade and now it is finally expanding in the world. It was offered in place of or alongside a wine list and had a blend of various ingredients designed to pair with food. A dish that notes of roses could be paired with a juice of rose oil, for example.

Some restaurants in the world that have started offering pairings with juices are Other, in Singapore, and Kitchen table, in London.

Collaborative dinners are another of Noma's legacies. The restaurant participated in “Gelinaz!”, A project that led Redzepi and his team to prepare a meal at Nahm, in Bangkok. In addition, Noma hosted the first “Cook It Raw”, in 2009, a project founded by Alessandro Porcelli to bring together various chefs, make them meet, discuss and collaborate with each other.

Redzepi isn't actually known for collaborative dinners. What he is responsible for is having brought together several chefs. Noma hosted the first "Cook It Raw ” (Cook raw) in 2009, a project founded by Alessandro Porcelli to bring together various chefs and make them meet, discuss and collaborate with each other.

Then Redzepi created the Crazy Symposium, an annual event that connected chefs with producers, journalists, academics, and anyone else who had anything interesting to say about food.

Most western restaurants are based on a classic French design, with separate flavor and sauce sections and desserts relegated to one side. The redesign of the Noma kitchen, in 2013, meant the union of all these sections, which gave the possibility that many hands worked on the same dishes. The change, according to Redzepi, it meant that everyone got together much more as a team.

For Redzepi philanthropy is not strange. At the restaurant's closing party in February, for example, he announced that he would give a percentage of his new restaurant to the longest-serving employees on his team, including dishwasher Ali Ali, who will be a partner in Noma 2.0.

Now the team is in Mexico for its pop-up menu, but is offering gastronomy students from that country the opportunity to live with them a two-week experience worth $ 600. And then, Mexican students will be able to apply for scholarships in Noma, with transportation and accommodation expenses covered, plus a stipend. Perhaps this is the spark of the generation of Nordic-Mexican cuisine.

Qin Xie is a chef and freelance journalist living in London.