Why do you have to decant a wine? It's really necessary? We show you all the keys to decanting wine

The origin of this wine service protocol stems from the idea that wine is like a living being: it is born, grows, evolves and dies. In this way, a certain bottle can contain a wine that has been kept in barrels for a long time or in the same bottle until it reaches its final destination.

During this time of life, which lasts a few years, new situations in its constitution have always been created due to lack of oxygen, appearing strange odors, stinks or simply aromas of reduction, which if not eliminated will spoil the wine tasting.

These "anomalies" are not harmful to the wine itself, or to the health of the consumer, but they do disturb the tasting and can even take away much of its appeal.

To eliminate the problem we can resort to decanting the wines. Decanting is the operation of pouring wine into a decanter in order to aerate and improve the flavor of certain wines.

Decanting has two basic functions: on the one hand, the elimination of sediments in very old wines and, on the other, the aeration of closed wines, or very tannic and powerful wines, so that they open or soften in a way that better shows all their flavor. .

This is literally the case, but in practice it is required to carry out the decanting operation with a certain technique that goes beyond simple racking. Decanting must be done with extreme care when dealing with very old wines, as excessive oxygenation can have very damaging effects. 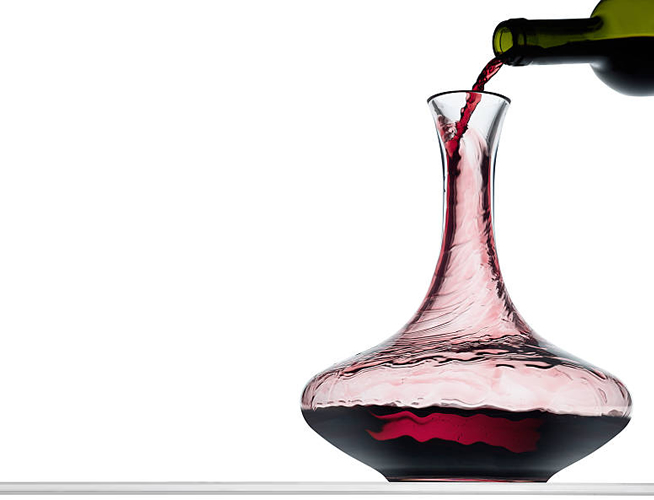 What we are trying to do is to cure the wine of a “mild disease”, and the “medicine” is none other than to re-oxygenate it, but, yes, doing it very carefully so as not to spoil it.

It may interest you:  How do you become a great sommelier this 2020?

Since ancient times, the wine connoisseur proceeded to uncover the bottle some time before drinking it, and innocently thought that the exit of bad smells and entry of the oxygen that it lacked could be done through the narrow neck of the bottle when uncapping it. Recent studies have shown that the aeration that occurs through the neck of the open bottle is minimal and very slow. On the other hand, any wine connoisseur knows from his experience that wine tasting improves substantially after decanting.

Although there are several ways and "gadgets" to decant wine, the use of decanters is imposed as a convenient, fast and effective method to recover the oxygenation that the wine had lost.

The decanter is a container, generally made of glass, with a long neck and a very wide and domed base. There are different types of decanters, but in principle they all fulfill their mission.

To decant it is essential to follow some basic rules: 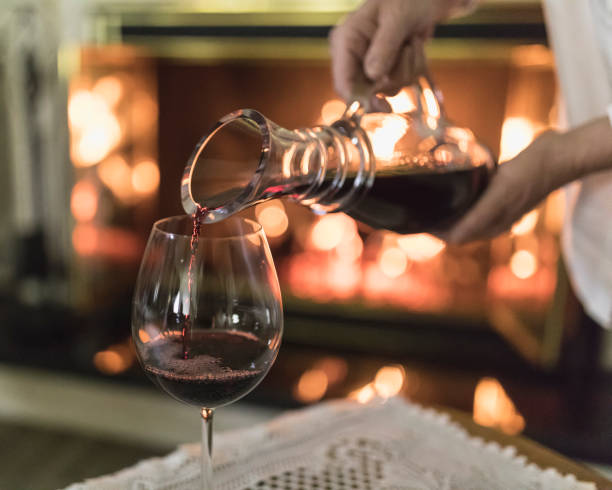 The jarreado is similar to the decantation, but in a more crude, violent and even careless way.

Jarrear is to introduce the wine in a decanter or simply a jug, hence its name, to decant or aerate the wine without too many formalities. Let's say that jarrear is to decant a wine with force.

We can jar when the wine requires rapid oxygenation, especially those young wines that present sulfite aromas (of sulfur). To jug, just pour the wine into the jug from about 20-30 cm. high so that the wine "breaks" at the bottom of the container.

How to create a wine list in a restaurant this 2021