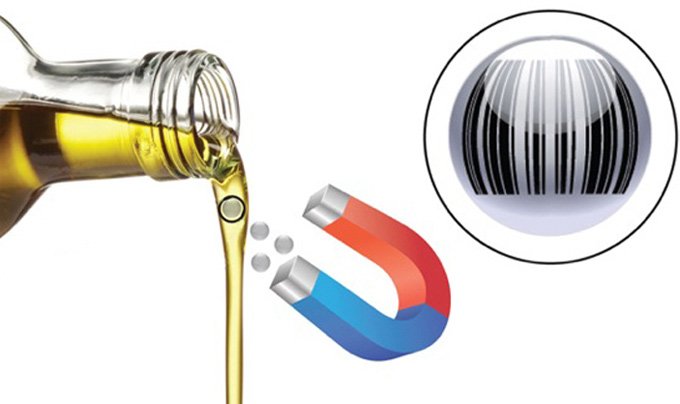 A group of Swiss researchers has developed a new synthetic genetic marker to identify extra virgin olive oil and prevent fraud. Synthetic DNA can be introduced into a whole production at a very economic cost of around 0,014 euros per liter
A group of researchers from the ETH Zurich (Federal Institute of Technology) of Switzerland, wants to end the fraud of high-end olive oil, for this they work in a type of Synthetic DNA to certify extra virgin olive oil. It is an "invisible tag" made up of magnetic DNA nanoparticles that are placed in a protective silica capsule and mixed with the oil. Iron oxide nanoparticles would also be added to serve to recover the synthetic DNA.
A few grams of this new compound would be enough to identify all the production of extra virgin olive oil from Italy, the researchers assure that with this system the frauds would have their days numbered. Once the extra virgin olive oil Validating its origin would be simple, you could use a system that works with a magnet, this is where iron oxide comes into play, this element ensures the collection of the control and validation system (Synthetic DNA).

Once the sample is collected, it is only necessary to release the DNA from its coating using a fluoride-based solution, then a Insights by means of the polymerase chain reaction or PCR, a molecular biology technique with which copies of DNA fragments are obtained. They are subsequently amplified to make identification much easier. If the synthetic genetic code of the sample corresponds to the code that was recorded when the synthetic DNA was added in the manufacturer's production, the oil will be validated and its origin and quality certificate.
Swiss researchers explain that those who wanted to falsify this technique would find it very difficult to create DNA that had the same code. Of course, they could also carry out another type of fraud, mixing extra virgin olive oil with the genetic code, with another, lower-quality and cheaper olive oil. In this case the concentration comes into play, that is, there is a certain number of particles of synthetic DNA registered according to the volume of oil, a mixture would alter these values ​​and it could be identified that it is a fraud.
Experts assure that these elements do not modify neither the appearance nor the taste of the oil, they also assure that they are totally innocuous for the human organism. Silica and iron oxide are used, elements that are present in other foods that we usually consume. With respect to DNA, for the moment it is synthetic and it is ensured that it is harmless, but to avoid suspicions the possibility of improving the system using natural DNA obtained from foods such as vegetables or fruits is considered. Regarding the costs of the system, the researchers explain that it would entail an extra expense of 0 cents (02 euros) per liter of oil, a very low cost. It appears that the new genetic marker remains stable in hot or aging conditions (oil storage), making it easier to track and validate the product.
Expanding the market, experts consider that this system could be used in other types of food and beverages, at the moment it has already been tested with an essential oil of bergamot, an oil that is extracted from the peel of a type of citrus fruit that is usually use as a flavoring in confectionery products, beverages, etc. Swiss experts are determined to end fraud, with the genetic label adulterations could be numbered. You can learn more details of the research carried out at the Swiss Federal Institute of Technology through this article, to know all the details of the study, you can access the scientific journal ASC Nano.
Source: http://www.gastronomiaycia.com/2014/04/27/adn-sintetico-para-certificar-el-aceite-de-oliva-virgen-extra/