RESTAURANT MANAGEMENT
More
Home History Famous chefs: Marie-Antoine Carême
Facebook
Twitter
Pinterest
WhatsApp
Linkedin
ReddIt
Telegram
Digg
Dear readers: A new series will appear on our blog, which you can follow in the different publications that I will make or by the famous chefs label, where, in a very synthetic way, I will present part of its history and contributions to the world of gastronomy. We will go through different stages of life and learn a little more about this delicious and wide world. I hope you like it.

Marie-Antoine Carême
Carême was born into a large and poor family of about five brothers.
His father, a stevedore on the Seine River in Paris, decided to abandon him at the age of ten, explaining the difficult situation of the family and encouraging him to get ahead.
During that day little Antoine wandered the streets until he found the tavern "La Fricasé de Lapin", in which the owner took pity on him and offered to be his assistant kitchen. 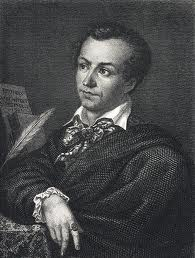 At the age of 16, in 1799, he left the tavern and went to work at "Chez Bailly", whose owner, of the same name, was a leading pastry chef in Paris. Seeing Carême's enthusiasm for the kitchenBailly gave him the opportunity, in his spare time, to go to the National Library to learn more, not just about kitchen, but also of architecture.
Young Carême learned to read in his effort to understand books. Little by little, another great talent of the pastry chef was discovered: his art of drawing. And so he transferred his architectural drawings to his sugar cakes, leaving everyone amazed with his inventions. "Chez Bailly" gained great fame as a result, appearing from around the world for his amazing work.
In 1815 he worked for Tsar Alexander I of Russia, and in 1816 for the future King of England, George IV.
In 1821 he was hired by Prince Sterhazy, Austrian Ambassador to Paris, in whose service he remained until 1823, when he went on to work for Baron Rostchild and his family, until 1829, when he retired and ended his career, dedicating himself fully to his literary work. In 1833 he died while, already very ill, teaching one of his students to correct the mistakes of a plate of meatballs.