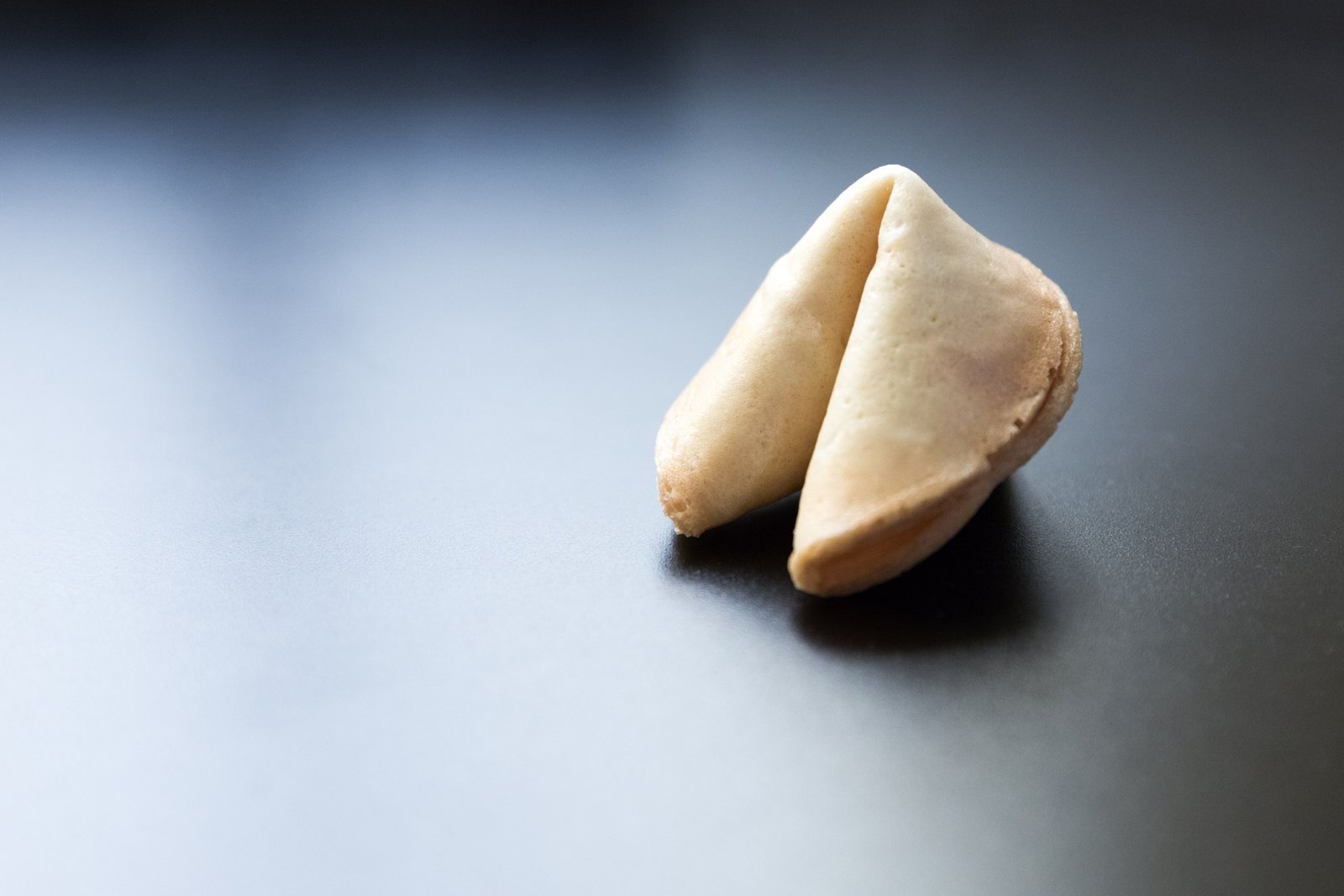 Food is what we are

La food it is a powerful vehicle for storytelling. This is true both for individuals and collectively. Food is who we are, where we come from, how we live, what we believe in, and who we will become. Our biographies are condensed into plates and snacks, like memories that adorn our stories. Through the food we eat and the food we manufacture, and we don't, we have claims in our identities and stories, as if announcing to the world, “this is me and this is what I eat”.

I don't want to narrow people down to their food choices or act like I can meet someone based on a food they eat; That's stupid. No i think our choices of foods They say much more about who we are when viewed long term. Do you eat minimally? Like a glutton? Do you only eat organic and local products, or does the prepared food section of the supermarket call you? Do you like elaborate multi-course dinners or do you prefer takeout? Does your food vary from day to day or even from year to year? Do you stick to the foods you grew up with or branch out and try to explore other cultures through your foods?

What I like about these questions is that they demonstrate the basics of food: food is complicated. It is something that is often overlooked as we move forward in our lives, and especially (unfortunately) when we prescribe food values ​​to others, tell others what foods to eat, or judge people or cultures based on their food.

It's easy to think of our own food choices as complex, multi-faceted, and many-dimensional, but don't extend this same belief to others. Social discourse likes to paint the urban poor as subsists on fast food and sugary soft drinks, but that reduction may obscure the real efforts made by people facing real structural inequalities. These cartoons hide the complexity of the problems and people's efforts to solve or solve them. They also hide the variation between individuals from the same groups,

Instead, I want more robust and nuanced discussions about real food. (Real food not as a value judgment, but as the food that people actually eat rather than the imagined or exaggerated foods of these social discourses.) We can ask, "Is it really the truth?" Or “Is that the whole story or just part of it? "Then we can open a conversation about what is really happening and what we are trying to do and say and what other people are trying to make happen.

I had a great insight into what this would look like at an event in The Loft Literary Center in March. It was called “Getting Our Food Back” and it was part of a series of events, “More Than Just One Story,” that focused on women of color, writing and social justice, inspired by Chimamanda Ngoze Adichie's famous TED talk. , " The danger of a single story.

This event, organized by Carolyn Holbrook, featured four women who worked and wrote about food in their communities. Each woman discussed how they found themselves working with food and the community and each shared written work (short stories, poems, excerpts from longer works) in which they thought about food, the relationship between food and the community, and how Individuals and communities can claim food that is meaningful to them. In the opening remarks, each speaker described the specific circumstances of life, filled with tragedy and longing, that forced them to think about the place of food in their own lives and in our collective lives.

The four speakers (Pakou Hang, LaDonna Redmond, Princess Titus, and Diane Wilson) hailed from a variety of backgrounds, but together they represent decades of work with food, community, and storytelling. Diane Wilson brought a jar of corn seed from generations and spoke of learning the importance of indigenous knowledge and the ways in which indigenous food practices were vital to healing historical trauma, reading excerpts from her autobiographical writing.

Pakou Hang recounted how she became involved in organizing and advocating for Hmong farmers in Minnesota, drawing on her childhood experiences as a farm worker and reading a poem written by a friend about the cruelty of how immigrants are treated in the United States. LaDonna Redmond described the jarring experience of realizing how bad access to food was while living in Chicago when she had to deal with her young son's serious food allergies. She shared a short story she was currently working on about taboo conversations addressed at a Thanksgiving dinner.

Finally, Princess Titus shared the heartbreaking story of losing a child to violence, forcing her to question what she could do with food to combat urban violence, using food and gardening as tools for social change.

Her collective experience spans the urban-rural divide, as well as the many food engagement points between production and consumption, from farm to table. Each one is deeply immersed in community organizations: Pakou Hang is the Executive Director and Co-founder of the Hmong Association of American Farmers ; LaDonna Redmond is the diversity and engagement manager Community Seward Community Co-op; Princess Titus co-founded Appetite for Change and is its Director of Education and Training; Diane Wilson is co-executive director of Dream of Wild Health .

But while each of these individuals has impressive resumes with lists of accomplishments attesting to the lives they spent working with food and community organizing, what struck me most about this event was the deeply personal work of food. and storytelling. Actually, what happened that afternoon was the public commitment to food, autobiography, and vulnerability, a revelation of personal truths in public dialogue.

And these truths were won by each speaker, taken from the experience lived with all its difficulties and unexpected turns. Some of these stories involved personal trauma and some involved generations of trauma and cultural genocide; some had eventual resolution, while others defied closure entirely.

This is what I want to meditate on: the ability of food to provide a way to speak collectively about very difficult and very personal stories. What I mean is that food seems to offer a way of talking about the kinds of difficult things we can't have public conversations about: stories of trauma, both personal and cultural; social inequalities; dispossession; exploitation; And the list goes on.

Here is an example. When Diane Wilson takes native youth from urban Minneapolis to the Dream of Wild Health Farm in Hugo, MN, she teaches these children and teens about indigenous ways of planting, growing and preparing food and about rituals, ceremonies and prayers that generations of Natives have participated around food.

Through this work, Wilson and the rest of Dream of Wild Health can talk about the centuries of trauma inflicted on native communities by white settlers.

Anyone who has spoken to Wilson knows that she is not someone who should avoid talking about the horrible things that have been done to the natives, but she is also just as likely to talk about those stories and current practices when talking about food: food that was Banned by the government, ceremonies and rituals for planting and harvesting become illegal to practice, indigenous knowledge about the use of plants and food was effectively erased by forcing native children to attend Indian boarding schools, where languages ​​were banned , customs and native practices to assimilate these children to the white culture. By basing these difficult conversations on food, Wilson makes the impact of historical trauma on everyday life a reality for his audiences.

Maybe it's because the food makes the conversation personal. Maybe it's because talking about food easily takes us into the realm of personal history and individual experience, and maybe this helps us put faces and lives on oppression and inequality all too often faceless. We may have difficulty articulating these systems of inequalities when they are abstract and faceless and what food helps us do is locate experiences and talk about something to which we can put words and stories.

However, food is not the only way we can carry weight, but abstract conversations at a level that we can speak generously about. Really, if the goal is to put names and faces, and individual stories, into abstract systems of oppression, we could do it without any reference to food. Grounding these conversations in a personal story should do the same job, right?

I do not think so. At least I think food does something different. Food can make conversation not only personal, but also intimate. Food is about vulnerability; eating involves eating something that could harm us. I think the stories we tell about food work in a similar way: we connect around these stories because some visceral part of us recognizes the vulnerable place we all inhabit. Perhaps even without explicitly acknowledging that shared vulnerability, I think something changes when we tell our stories through food.

Something also changes when conversations and storytelling take place around food. When we share community food and tell our stories to each other, a different space opens up for collective vulnerability and mutual understanding. There is a wonderful story about this, which Lord Jonathan Sacks, the former Chief Rabbi of the British Commonwealth, told Krista Tippet when he interviewed him for On Being . I will let you have the last words:

“An interfaith occasion that we did years and years and years ago with African bishops, Orthodox rabbis and African bishops, and we did a lot of interfaith theology and we talked about all this that we had in common, and it was wonderful and very boring. And I was thinking, let's move on. So in the end, last night, I said let's just sit around the table and have some food and drink, and we're going to teach them our songs and our stories, and they're going to teach us their songs and their stories. And we continued until three or four in the morning, and I think we could have made world peace at that point. "

It may interest you: what is the molecular gastronomy?