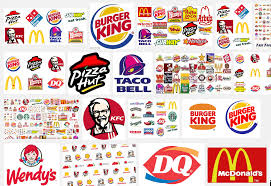 From Valencia to Istanbul, from Beijing to Moscow, from Budapest to Olot, anywhere in the world, in large, medium and small cities, we find food establishments that we can conceptualize within what is meant by fast food, and that we usually translate by “fast food”. American naturalized pop artist Andy Warhol said - it seems without irony - that "the only interesting thing in any city in the world is to find a McDonald's": we could say that his dream has already been fulfilled.

El fast food or fast food, as a style of food (and even of life), is –under the most common and well-known parameters– of North American origin. It begins, in the mid-XNUMXth century, with the collaboration of prepared meals –such as, for example, the manufacture of pre-cooked cereals for religious communities with vegetarian food–, it strengthens with industrialization and reaches its peak from the Second World War . From those moments the culture of the hamburger spread, based on minced beef, which replaces pork in the culinary preference of the North Americans and, since the sixties, approximately, begins its international expansion that has , we can say, an exponential growth. And that, despite the wrath of anti-globalization protesters or José Bover and his followers. For example, in cities recently freed from anti-American suspicion - like Budapest - the proliferation of McDonald's and other fast food establishments is highly surprising; We can transfer this to most European cities and the rest of the world, including China or Southeast Asia (Vietnam, Thailand, Singapore ...).

FROM AMERICA TO THE UNIVERSE
From America to the Universe: Today, as Andy Warhol would like, you can find fast-food hamburgers, fried chicken shops, or pizzerias anywhere in the world, even in areas of culinary traditions quite different from Western or confronted (for religious reasons) , such as Islamic countries.
The Cassel Food Dictionary by Sonia Allison (London, 1990) defines the term fast food as follows: “Prepared food that can be brought hot from establishments and restaurants and food immediately (fish and chips, for example) or pre-cooked dishes that are sold in supermarkets or food stores and that only need to be reheated before serving them. ” Let's note that this definition includes “street” food (such as fish and potatoes characteristic of England; we could add the universe of street food from Turkey, the Maghreb or Southeast Asia) and a more debatable notion, than for us It would be the one of “prepared” food to take away. And, possibly, not enough emphasis is placed on the more “canonical” concept of fast food, which is that of hamburgers and similar establishments. If we were to expand the definition, within this context we could even add the Spanish culture of tapas, that of half from the Middle East or dimsum Chinese.
FROM THE MIDDLE AGES
Understood in this broad sense, as a form of execution and even, partially, of feeding, the kitchen rapid (or, at least, separated from the rituals of the table) has always existed: Francesc Eiximenis already speaks of it in the fourteenth century (Terç del Christià) when referring to the Germans and verifying that they eat when they are hungry - which still happens today - not according to pre-established times, according to a typically Mediterranean ritual.

The first characteristic, then, of fast food is that it destroys the Mediterranean or Eastern ritual of the regular and codified schedules: in fact, this is more important, perhaps, than the type of food served in these establishments.
On the other hand, the concept of fast or street food is part of the traditional culture of regions with a great gastronomic reputation, such as Turkey, the Maghreb and the countries of Asia. Others have suggested that Turkish-style fast food -xix kebabs, döner kebabs, böreks- widely spread throughout all the areas occupied by the Ottoman Empire, it has a military origin: fast food and without hindrance, indeed, are the needs of an effective army. Certainly, in the countries of the Middle East, passing through Egypt and even the Maghreb, there is a tradition - surely more than a millennium in the second case - regarding the consumption of fast street foods, such as faláfels (vegetable dumplings), xavarmes (equivalent to Döner kebab Turkish or Al gyros Greek), boreks (borekas in Israel) and up you ask, lahmakums or pizzas; foods that, incidentally, are also being introduced in the western Mediterranean as an alternative to fast food of the American type, along with pasta establishments, salads or sandwiches that stand up to them, often with an advertising speech based on “healthy” eating ”And“ Mediterranean ”.
It may interest you:  Kitchen classics

THE HAMBURGER IS INNOCENT

A smart alternative is the one we find in Italy. Some old establishments of cafeteria (literally, "hot table") have reopened the doors collecting some organizational aspects of fast food: absence of waiters, Prices and reasonable standard presentations, single-use plates, containers, cutlery and glasses… where traditional dishes of any kind are served mum cuisine: refreshing antipasti, delicious pasta dishes and even succulent recipes for fish or meat.

Also of Italian origin is the movement called slow food. Born towards the 70s, and already fully consolidated and with ramifications in other countries, through publications, from the magazine Slow: Messaggero of taste and culture, from an important fair that takes place in the capital of Piedmont, Turin, of the search and promotion of traditional or endangered products - vegetables, legumes, sausages, cheeses - has managed to create a brand back to food traditional and at the time it takes to taste it. Well removed, then, from the patterning and pathetic "planet fast food"That some want to sell us.
This article was published by Jaume Fàbrega. Historian and professor of Gastronomy at the Autonomous University of Barcelona. He has published more than thirty books in his specialty.
__________
REFERENCES
Ariès, P. (1997): The end of mangeurs, Paris, Desclée de Brouwer.
Fàbrega, J. (1997): He was born and swallowed. Films and fòbies of the culture of taste, Lleida, Pagès Editors.
Fischler, C. (1995): The (h) omnivore. the taste, the kitchen and the body, Barcelona, ​​Anagrama.
Goody, J. (1995): Cuisine, cuisine and class, Barcelona, ​​Gedisa Editorial.
Schlosser, E. (2002): Fast Food. The dark side of fast food, Barcelona, ​​Grijalbo Mondadori.
It may interest you:  Table History (As a gastronomic activity)