Ways in which heat is transmitted in the kitchen

In cooking, heat spreads to food in three different ways: by conduction, by convection y by radiation.

Direct contact occurs between the heat source and the food. It happens, for example, when we put a grill on the fire and it transmits the heat to the hamburger that is kitchen.
Heat flow through a solid medium advances from the hottest parts to the coldest. This is due to the increase in the internal vibration of the molecules, which causes collisions between the neighboring molecules and, therefore, the increase in temperature.

It occurs in fluids-liquids and gases- The most typical example is that of a boiling kettle.
When you put the kettle on the fire, the fluid at the bottom heats up - it becomes less dense -, so that when you weigh less it moves to the surface; at the same time, the surface fluid, being colder and therefore denser, falls. The succession of these displacements causes a fluid circulation called convection current.

Heat is transmitted in the form of waves electromagnetic invisible to the human eye. The heat that we receive through sunlight or a burning fire reaches us by thermal radiation.

A very similar way of classifying heat transmission is through the medium by which it spreads. Based on this criterion, the following options are given:
Airless heat radiation. Convection currents are created. They are carried out on grills, barbecues, traditional ovens, salamanders, etc.

The cooking applied to a food produces a migration of the juices where the nutritional components are and those that provide flavor and aroma. Depending on whether this migration is directed towards the interior of the food or towards the exterior, we will classify the cooking modes in concentration cooking, expansion cooking y mixed cooking.
La concentration cooking aims to preserve most of the juices from the food, preventing them from going outside.
It is achieved by sudden exposure of the food to heat at the beginning of cooking. The superficial coagulation of the proteins of the outer layers is caused, as if it were a seal. In this way the tasty, nutritious and aromatic elements of the food remain inside.
This type of cooking normally uses dry heat, although sometimes we can use a liquid or steam as a means to make it possible. This liquid is of no use after cooking has finished.
Some techniques that are based on this principle are -as we will see later- boiling and poaching started with boiling liquid, stir-frying- steam cooking, roasts, frying and stir-frying.
La expansion cooking aims to make the juices from the food that kitchen go outside and mix, as much as possible, with the cooking medium.
This type of cooking prioritizes the use of the liquid where the food is cooked over the solid food that has been introduced.
Cooking by expansion starts cold, since this favors the migration of juices and also the exchange of nutrients and aromas between the food and the cooking medium.
The evacuated juices can be nutritious, tasty or aromatic elements, but they can also be undesirable substances, such as excess salt or impurities - these usually appear in the form of foam.
Some cooking techniques that follow this principle are boiling and poaching started with cold liquid, candied, sweating, etc.
La mixed cooking consists of a combination of cooking by concentration and expansion cooking.
At the end of cooking, both solid foods and liquids forThey are part of the culinary preparation to be consumed.
Generally, you start with a concentration cook to follow a superficial coagulation. Then they are introduced into a liquid medium - water, broth, wine, etc. - so that the nutritious, tasty and aromatic c pass into the medium and form through an expansion system.
Stews are a clear example of this type of cooking. Prime the meat and then the stew is made, and the result is a meat in tune with the sauce. We will also see how braising, also some stir fries use this cooking mode.

There are endless cooking techniques. We can divide them into four large groups according to the medium in which the cooking is carried out. 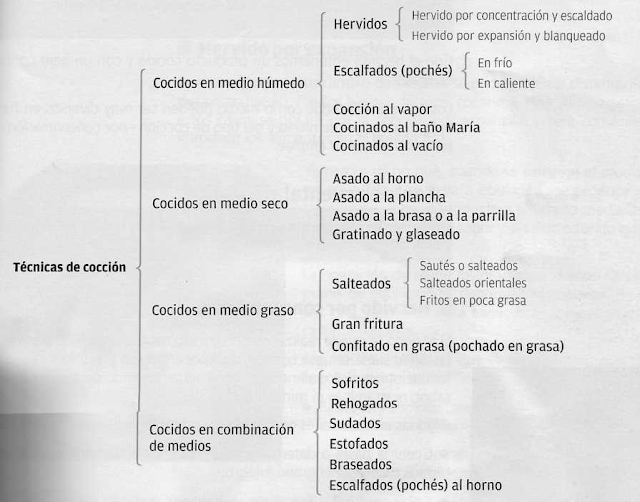 We can also classify them according to the Type of Cooking that is carried out. 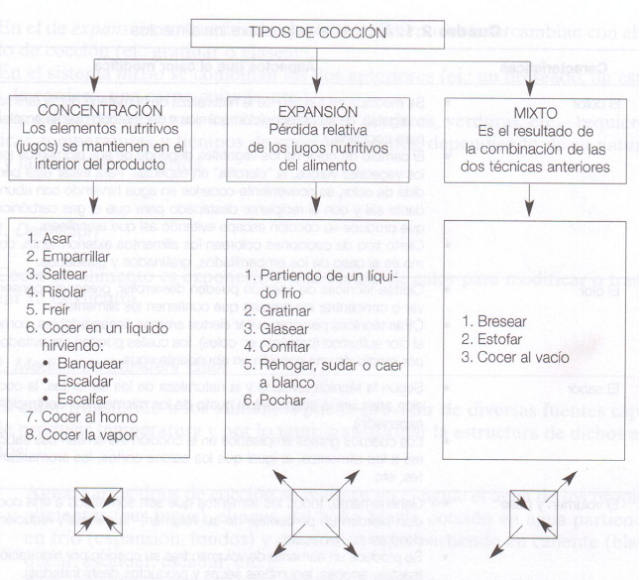 What is the difference between a pot and a frying pan? -2021

ABOUT US
We are Restaurant Management, a non-profit page where we share articles, tools, news and more about this sector. Our mission is to provide gastronomic entrepreneurs, students and workers with the tools necessary to achieve success.
Contact: fbconsultingtampa@gmail.com
FOLLOW US
© Newspaper WordPress Theme by TagDiv
We use cookies to ensure that we give you the best experience on our website. If you continue to use this site, we will assume that you agree with it.OKNoPrivacy Policy