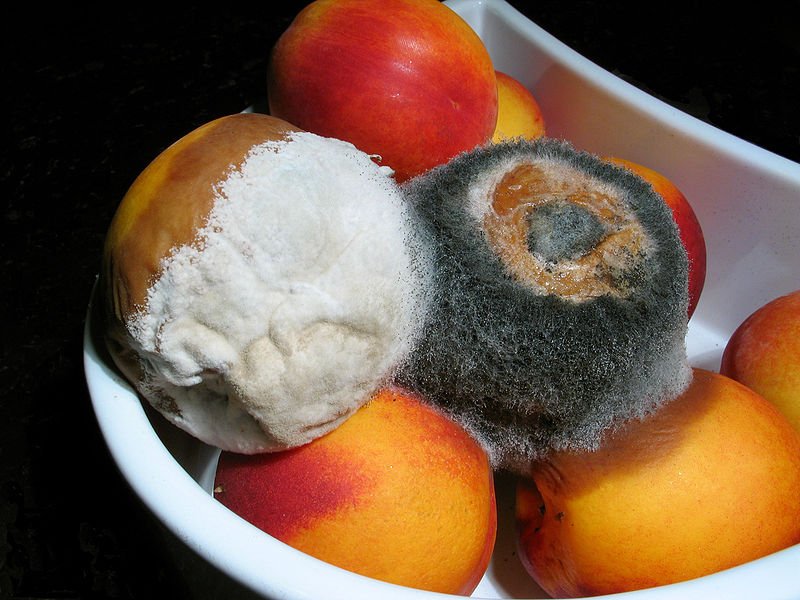 In this article we discuss the methods of food preservation and we emphasize temperatures and general aspects of food handling to prevent the development and spread of disease.

It is not possible to determine the form or method of preservation without mastering the degree of perishability of the raw material or processed food, since preservation is a process that begins where the food chain begins and does not end until the food is consumed. .

Food will be perishable or not in time, taking into account temperature, humidity and other aspects. Not perishable: salt, honey, legumes and cereals, dried fruits, canned ... Opinion disputed since everything is perishable over time, depending on the conditions of temperature, humidity, type of storage, and other factors. Perishable: meats, vegetables, milk and its derivatives, fish and creams, since they need adequate temperatures without interruption so as not to decompose.

The Codex Alimentarius [Food and Agriculture Organization of the United Nations (FAO) and the World Health Organization (WHO)], taking into account the general principles of food hygiene, points out - according to epidemiological data - that many of the food poisoning epidemics are caused by violations related to the preparation, cooking, preservation and storage of food prepared for community feeding.

Any food raw material, alterable or perishable, that is not used immediately in the production of cooked dishes, is at risk of suffering any of the following alterations to the detriment of its quality.

They are produced as a consequence of the activity metabolic of the microorganisms that proliferate when the food is placed in an optimal environment of temperature, humidity or pH. These organisms are generally only visible under a microscope, are widely distributed in nature, and reproduce with great ease and speed. Due to their action on food they can be beneficial or harmful.

The main types of microorganisms are:

Under certain environmental conditions, chemical and enzymatic reactions originate, such as:

It is the loss of water with weight reduction and variation of the characteristics of the food by drying and browning, which negatively influences the taste quality of the product.

For the preservation of food there are several methods that avoid alterations. According to different authors' criteria, the principles of action offer differences and coincidences regarding the handling of temperatures for food preservation.

Adequate refrigeration maintains the temperature and relative humidity in the food; under these conditions very few contaminating bacteria harm conservation. However, the same does not occur with the chemical reactions that take place at any stage of refrigeration and even freezing; in both their reaction speed is reduced, but in the long run they end up altering the food, p. eg rancidity. Hence, the refrigeration process presents variable limits for the time food is kept in preservation.

Freezing is a long-term preservation. Once the water in the food has been converted to ice - stored in proportion according to the species - the water molecules cannot take part in chemical reactions or be used in microbial metabolism. The cold stops the proliferation of microorganisms, especially bacteria, but does not eliminate them; therefore, when the temperature rises during defrosting, they resume their development with more force. The defrosting of meat must be done in chambers for this purpose, at temperatures close to 4 ºC.

In a nutritive substance subjected to temperatures below 0 ºC, the water contained in its tissues turns into ice and is finally a frozen or hardened piece on sight, whether the freezing reaches -8 ºC or if it is reduced to -25 ºC . In reality, the internal structure of the part varies significantly with the speed at which it cools:

Hence the importance of freezing and thawing correctly, taking into account:

Another element to consider during storage and conservation in chambers is the separation of the products, depending on whether they give off odors (onion, fish or citrus) or absorb them (butter and milk). Fruits that give off ethylene, such as bananas, avocados, and tomatoes, accelerate the maturation of others, such as citrus. Compliance with temperatures is important at each stage of the food chain: reception, storage and distribution.

The application of heat removes water from the food, hindering chemical reactions and the development of microorganisms. This food preservation system is frequently used, taking into account temperature and time factors. The processes, that apply are:

The invention of Nicolás Appert of food preservation by the action of heat is known as opening. His genius invention was the foundation of the modern packaged food preservation industry and gave rise to the graphic metal industry; This generates in the world the manufacture of more than 100 billion cans per year.

Storage types (depending on temperature)

The growing demand for food products with the characteristics of fresh foods, and without losing the sanitary guarantee, has led to the introduction of new technologies in food preservation and not only treatments by temperature but also by pressure are used, which It works by destroying microorganisms.

The main methods are:

The use of salt and smoke (smoked) is a prehistoric method that currently has been reserved as a method of production; instead, the preservative effect of sodium chloride or common salt is maintained, together with sugar, vinegar and spices. They deserve to be mentioned:

We hope that in these times of pandemic this information you find it interesting and contribute to your knowledge. If it was useful, share it.

It may interest you:  What do I need in my restaurant to face a pandemic? 2020

Mushrooms: 5 reasons to include them on the restaurant menu

Service considerations for bars and restaurants in COVID-19 times