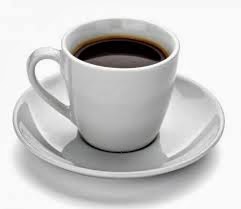 Coffee originates from tropical Africa and was traded through Arab caravans. It was introduced in Western Europe at the beginning of the XNUMXth century, with France and England being the first consuming countries. Currently, America is the continent with the highest world production, with Brazil being the country that produces practically half of the total. Coffee consumption is widespread throughout the world.

Coffee beans must be stored in airtight containers so that they do not lose their aroma  and, consequently, it should not be ground in large quantities for the same reason. The machines have simplified and perfected their preparation, taking just a few seconds to do so. It must be inexcusably served very hot. Coffee, like tea, is one of the most liked and consumed beverages in the world.
In some countries coffee is taken at any time and place, toast  a cup of coffee is also the best example of the obligatory attention to a visit or the natural reason for the invitation    momentary. Coffee, tea, and mate contain caffeine, an alkaloid that serves as a stimulant.
At breakfast there are many customers who like to have a cup of coffee before or after breakfast, so it is very important to ask the customer if they want it at the beginning or at the end.
Coffee modalities
Espresso: it is served in a small cup, with more or less water, that is, as long or short coffee, depending on the taste of the client.
Cortado: it is served in a small cup or cut, adding a few drops of hot milk. A good service of the cut requires serving the coffee alone and accompanied by a small jug of milk so that the client can be served according to their taste.
Milky: in a medium cup, equal parts of coffee  and hot milk. It can also be served  in a large breakfast cup, with twice as much hot milk as coffee.
Piccolino: In a small cup, serve the coffee cream, short and very concentrated.
American coffee: a very light and long coffee, if it is possible that it is not made with an Express coffee machine, it is accompanied by cream    liquid and hot water.
Cappuccino coffee: put half the milk in a medium glass and heat it until it foams a lot. Then carefully add a coffee so that it does not mix with the milk froth.
Moka coffee: it is a very concentrated black coffee, which must be served in a special well for this use.
Viennese coffee: a cup of black coffee with a spoonful of whipped cream on top.
Café Brules: serve a very hot cup coffee with lemon peel and sugar cube. Add a glass of cognac and set on fire.
Royal coffee: in a very hot coffee, pour a tablespoon of chartreuse and dissolved sugar cube. Stir and serve.
Irish - Coffee: in a medium glass pour a black coffee (strong) and a glass of Irish whiskey. Then, very carefully, add two tablespoons of half-whipped cream, which should not be mixed with the whiskey and coffee but float on top. It is usually sweetened with brown sugar, which is put into the glass before pouring the coffee. The Spanish translation of this coffee is Irish coffee
Cold coffee or Ice Coffe: In a long glass, serve Café Express and add pieces of ice.
Coffee services
Russian Coffee Service
After placing the teaspoon and the cup, the sugar is offered so that each client takes the desired amount since we would almost never be able to please him by doing this service. In ceremonial protocol services it is customary to take it in separate rooms, where women go to one room and men to others. It is the appropriate time to offer liquor and tobacco cigarettes. Sometimes it is  little, usually the men stay at the table.
In these cases it can be served in different ways:

It is carried out carrying the whole job on a tray and sometimes with an auxiliary cart, in the first case it will be placed on a surface (never on the table or the bureau) and then the service will begin, in the second of the  cases, the car will be placed behind the door or place that does not disturb proceeding to its service.
This service is accompanied by napkins and water. When there are many people and the service is difficult, the cups can be delivered so that the same customers can pass them to them since it is not in good taste to pass through the people who are conversing.
Buffet
The most practical thing for most of these cases is to prepare a rolling table with all the utensils and perform the service from it. In the case of large groups, proceed as follows: A table or sideboard is taken and thermoses of water and coffee are placed, passing the clients to take the service themselves.
It is very important and keep in mind that the  Sweet coffee is never made since the tastes are very varied and we would not be able to please the majority of the clients, so we will give some of these aspects that are fundamental for a coffee service.
Important aspects

Daily organization of the restaurant. (2021)