RESTAURANT MANAGEMENT
More
Home Food services The tea
Facebook
Twitter
Pinterest
WhatsApp
Linkedin
ReddIt
Telegram
Digg
Infusions
We will give a list of these drinks, some of which are known in Europe, while others only  they are used in other continents. The most important are: Coffee (which we study separately), Tea, Tila, Manzanilla, Poleo,  Maria Luisa and Mate. 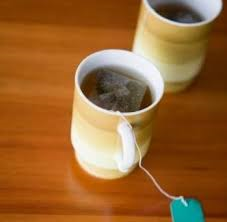 Te- It comes from a plant in Southeast Asia, whose name  is Thea sinensis. The characteristic flavor of the infusion is  due to the oil contained in the leaves of the plant, which  has stimulating powers similar to caffeine  coffee.
In Europe it was introduced by the Dutch in the early  XVII century. Although the largest producer of tea is China, India is the leading exporter.
The two most widespread varieties of tea are green and  dildo.
Green t: it is the one that is made without fermentation of the leaves,   that undergo heat at 100 degrees Celsius and then  they are removed, dried and crushed.
I black you: To obtain it, the leaves are dehydrated for 18 to 32 hours, then they are subjected to a rotation and then they are allowed to ferment in a very humid and warm place,   Thanks to which this type of tea acquires its characteristic aroma.  The tea can be taken:
Alone, with milk, with lemon (in juice or in slices), with ice, with slices of orange, with mint and mint, etc.
Tea tray or table and its presentation.

The table for him should include:

Both the tea service and that of other snacks will always be served with special tablecloths and cutlery for this purpose.
Along with coffee, tea is one of the most exciting infusions of the nervous system.
Status: it is obtained from the linden flower and has antispasmodic and sedative properties of the nervous system. I know   prepare the infusion with hot water and accompany it with  sugar.
Chamomile: There are two varieties: sweet and bitter. Used  to relieve intestinal disorders, stomach pains, gastritis and ulcers, and promotes digestion.
Pennyroyal: of uses very similar to those of mint. It's a good  stomach, digestive and carminative tonic. It is taken for  relieve intestinal pain.
María Luisa: With properties similar to chamomile and  pennyroyal.
Mate: also called "tea or herb of Paraguay", it is prepared    adding boiling water over the crushed leaves, using a small dried pumpkin as a traditional container. It is drunk with a light bulb, which is a metal tube provided  of a filter in its lower part to prevent the leaves from passing when sipping.

In general and at present, infusions such as chamomile, linden, etc. they are prepared with bags containing  crushed leaves or flowers. These bags are placed in the jug or teapot, boiling water is added and served.
As information and as additional knowledge, which  tea for the English is something they have introduced as a  traditional rite on a day sheet and is the famous "Five  O'Clock Tea ”(Five o'clock tea), Social act that not only  has been rooted in the customs of this town but  has spread throughout the world, although we do not have  that custom, since we have never been fans of tea but  yes to coffee.
It may interest you:  Different types of stainless steel in the restaurant (2020)