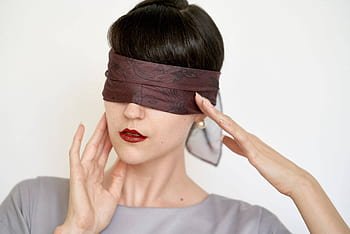 A few days ago I shared an article about restaurants y social media and I received a very interesting comment where I suggest incorporating the topic of Neurogastronomy. I had certainly heard the term but had not been very sympathetic to it. But if it caught my attention a lot and I decided to look for information to instruct me. In that search process I found this interesting article that I share with you.

Neurogastronomy, or How Our Brain Perceives the Taste of Food

La International Society for Neurogastronomy shows that taste perception is shaped by many of the five senses. The participants were blindfolded and covered their noses while tasting purees of pear, banana, pumpkin, peas ... They were asked to identify the foods they tried. Most could not identify each puree until they unclogged their noses again.

Neuroscientists, physiologists, and chefs hope for breakthroughs in taste and smell perception research that could allow for neurological manipulation of taste perception.

The concept, known as neurogastronomy, was the focus of an inaugural international conference on November 07 organized by the International Society for Neurogastronomy, in Lexington, Ky., With demonstrations and presentations by researchers, scientists, and cooks. Much of the discussion focused on manipulating flavor experiences using all the senses.

Some researchers in the field are raising a futuristic question: What if science could change the tastes of food by manipulating neurological signals within a subject's body, rather than changing external characteristics such as style of kitchen, the environment or the food itself?

It may interest you:  A cafeteria that charges for the time you are inside, the rest of the products are free: pay as you stay cafe

"We could potentially revolutionize the flavor of foods”Says Tim McClintock, a professor of physiology at the University of Kentucky and one of the researchers who spoke at the conference. "Some people might find it creepy," he acknowledges, as it could be irritating to have a familiar food that tastes completely different than expected, even if the change is an improvement.

There could be clinical implications for such neurogastronomical techniques. Neurogastron scientists may help make nutritious foods more attractive to people whose taste and smell receptors are greatly altered by chemotherapy. For patients struggling with compulsive eating or obesity, the techniques could make nutritious food at least as attractive as the food they crave.

Adults who have lost their sense of smell are another population that could benefit. Some of these people experience unpleasant "ghost" odors and a common phantom odor is corpse, and these odors affect taste and flavor.

The relationship between taste and smell

The close relationship between the senses of taste and smell is widely known, but exactly how the taste and smell systems work together has not yet been disengaged. The presence of odor receptors in the brain was not discovered until 1991. The discovery, made by scientists Richard Axel and Linda Buck while they were at Columbia University, won the 2004 Nobel Prize in Physiology and Medicine.

Gordon M., a physiologist and professor in the department of neurology at Yale University School of Medicine, is responsible for coining the term "neurogastronomy." He began studying the sense of smell and how smell is processed by the neurological circuits of the brain decades ago.

It may interest you:  Camella milk, the new gastronomic trend.

The olfactory system allows us to detect environmental odors, as well as "retronasal" odors, which originate inside the body, while we eat and are essential for the perception of flavor. Retronasal stimulation occurs when we chew, releasing reactive molecules from food that stimulate sensory cells, which in turn stimulate cells in the brain's olfactory bulb and are processed by the olfactory cortex.

A better understanding of how the senses integrate to create appetite will help chefs become more and better creatives by creating "memories of the palate." Flavor manipulation could improve quality of life of cancer patients, among many others.

Humans have 350 olfactory receptors in their brains, far fewer than dogs, which have 1.200 and elephants number 2000. What a person perceives as a single odor sensation is a mixture of odor chemicals.

For the most part, Scientists They study odor molecules and individual receptors, such as the vanillin molecule, which produces a vanilla odor, although what we perceive as a single odor is almost always a pattern of many trigger receptors. We don't really understand patterns at all ..

When the sense of taste is lost, it can be life threatening. If the brain pathways could be corrected to fire the correct pattern, even despite the damage to the receptors, the affected people might be able to perceive the salt, sweetness, umami and bitterness again.

It may interest you:  2030: A new era for the restaurant industry