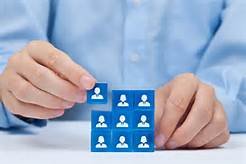 One of the curiosities of mother nature is manifested in the flight of geese in the formation of "V". The flight ritual of these animals has left scholars with very interesting lessons about teamwork. And one of the lessons is about the desirability of periodic rotation within teams. The leader of the flock rotates from time to time, leaving his place to another leader, and moving to another position within the vee.
The most successful organizations in the world have discovered that this technique, applied to headquarters within the hierarchical structure, also brings various benefits, which begin to be obvious almost immediately after the movement.
The rotation cycle varies according to the type of organization that applies it, but some experts in administration They recommend that it does not exceed five years.
The rotation of positions - not only of headquarters but also of middle-level personnel from below - must obviously take place in a technical and organized manner and, very importantly, following a situational assessment.
Although the trend of the "500 Fortune Companies" suggests that most of these movements bring more benefits than harm, it is also true that in some cases, if it is not managed situationally, that is, seeing each case in particular, it can generate "Boomerang effect".
However, everyone agrees that the benefits far outweigh the momentary instability that occurs after rotation. For operational staff, rotation generally means the opportunity to learn about new positions, broaden their perspective and become more multifunctional - which strengthens them more in the organization.
The rotation in management positions responds to the need to rethink both perspectives: that of the boss and that of the human team that he directed. It is a fact that people - over time - become folded into routine, and that this could propel them to a less creative, less innovative, conformist model of behavior.
At the same time, the boss sometimes forms relationship ties that due to their intensity could be inconvenient for the interests of the team and the company. Upon rotation, both the boss and the organization have the opportunity to take advantage of the experience accumulated in another team or in another project, while at the same time injecting the staff with a host of new expectations and good intentions.
It is important to remember that rotation in large organizations is not seen as punishment for anyone, nor is it because the boss is inadequate in his position or in his position. management. If it's bad, it just doesn't work within the organization, and it would administration in assigning to that chief the direction of another unit, because he would only have "transferred the problem".
On the contrary, the rotation seeks to take advantage of the accumulated wisdom, the good track record and the enthusiasm of the leader, to develop another team or impact the performance of another productive unit that perhaps lacked that type of energy.
The practice of periodic job rotation is booming in the corporate world. It is part of that evolutionary mentality of the new models of administration. It has already proven to be successful in numerous companies, and in the long run, it will bring renewed vigor and challenges to headquarters, human teams and organizations.
Source: www.todosobreventas.com
It may interest you:  The Moments of Truth (2020)