In drawing up a wine there are many factors to take into account that will directly affect the quality and character of the final product. There are factors specific to each type of wine that give it its own personality, such as the type or types of grapes used in its production; the region where these grapes are grown and all the climatic and land characteristics that this entails; or the specific production and maturation procedures used by each winery: aging times, types of barrels, control of the atmosphere during bottling, etc.

The variables to take into account when making a wine are very numerous. And so, over time, this process has become a meticulous and sophisticated task. So much so, that at present all the necessary efforts are devoted to taking care of even the smallest detail, including those that in the eyes of little experts may seem insignificant. This is the case, for example, of the choice of stopper for wine bottles. Next we will see the influence that the stopper has on the development and final quality of a wine, what types of stoppers are currently on the market and what are the advantages and disadvantages of each.

Ever since wine exists, it has always been necessary to find a method by which to preserve the properties of the product from the negative effect of the passage of time. In the antiquity, the wine was preserved in amphorae and other ceramic containers and already at that time tapas are created for these packages. Initially, these covers were made of wood covered in fabrics and leathers previously treated with fats and oils. This, presumably, significantly altered the properties of the wine. On the other hand, a completely hermetic seal was not achieved.

It was the Greeks who around the XNUMXth century BC found a solution to this problem, beginning to use the cork as a material for the manufacture of all kinds of closures for containers. Already in the XNUMXth century, with the development and proliferation of the use of glass in the manufacture of bottles, the cork stopper was adopted as a standard measure for closing these new containers.

Cork has been, since then and until today, the material that has proven to be the most suitable for the correct preservation of wine. The characteristics of cork make it almost perfect for this purpose:

But despite this apparent suitability of the traditional cork stopper as a closure for wine bottles, the cork is not totally perfect. And therefore, for several decades, research and proposals for alternative closings have been carried out. Each type of closure provides different characteristics, so it is interesting to know how each of them affects the conservation and maturation of the wine. Let's see then, what types of stoppers are those that we can find in most wine bottles on the market.

It may interest you:  Food and Beer Pairing: A Beginner's Guide 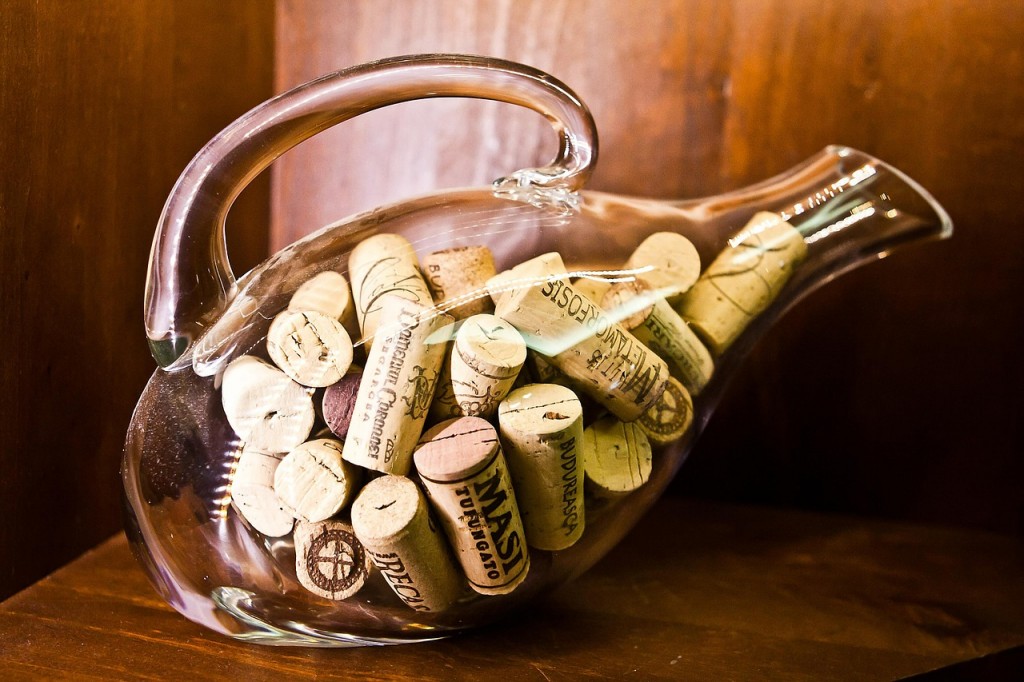 They are made from a single piece of high quality cork with few pores. They provide a great adherence of the lateral surface of the stopper with the glass of the bottle. This is because the dead cells of the cork act as if they were millions of "micro-suckers." Still, the closure is not completely airtight.

Según un study developed by the Faculty of Oenology of the University of Bordeaux in collaboration with the R&D department of Amorim & Irmãos, SA (one of the most important cork stoppers manufacturers in the world), natural corks allow very small amounts of air to penetrate during the first 12 months of maturation of wine in the bottle.

From that moment on, as long as we keep the wine bottle in a horizontal position, the contact of the liquid with the cork expands the cork, providing a practically hermetic closure. The presence of these minimum amounts of oxygen inside the bottle seems to be positive in view of the correct evolution of the wine in the first months, after which the atmosphere inside the bottle becomes more reducing.

And exactly this is the virtues that they do of the natural cork stopper the best closure available today. That is, the mixture of minimum permeability during the first year and almost airtight from that moment. 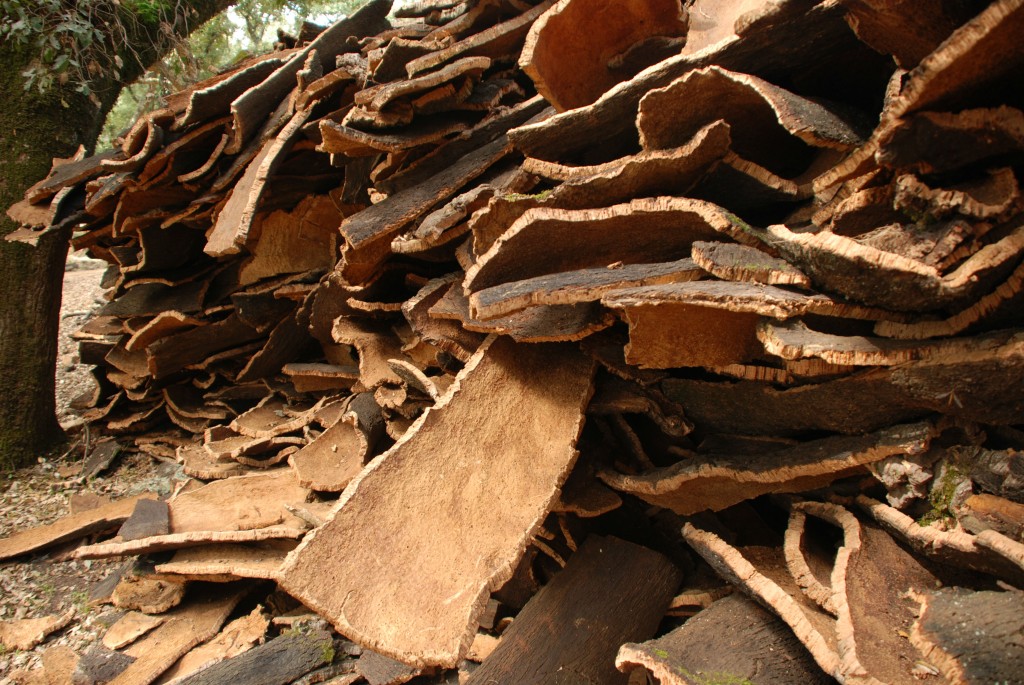 On the other hand, among the disadvantages of natural cork as a material for the manufacture of caps, three should be highlighted:

According to European Food Research and Technology, the TCA could affect between 0,1% and 10% of the wine bottles that reach the market worldwide.

It may interest you:  The 5 biggest lies in the history of wine and gastronomy

It is a stopper made from a lower quality piece of cork. There is a greater presence of pores in the plug, for which reason it is necessary to cover these gaps using cork powder for mainly aesthetic purposes.

As they are stoppers made with lower quality cork, they are usually used for wines that do not require a prolonged stay in the bottle, for which 100% natural stoppers are used.

They are made from waste from the cap manufacturing process natural. The cork trimmings resulting from this process are crushed and subsequently mixed with glues and then pressurized. The result is a much cheaper plug, but its quality and characteristics are not comparable to that of the natural plug. For this reason, it is usually used in the bottling of very young wines whose time in the bottle will not exceed one year. 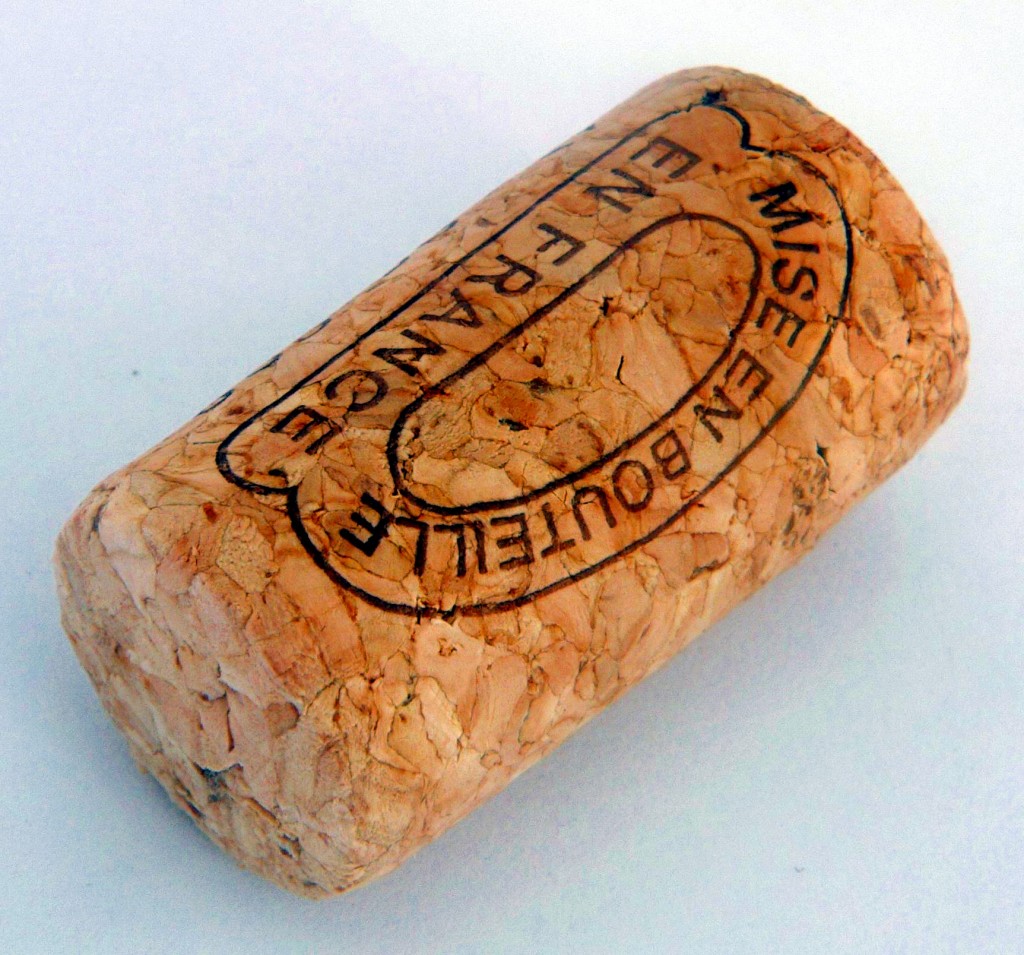 They combine a chipboard core topped by one or more sections of cork natural at each of its ends. They provide a mechanically stable and higher quality closure than the simple chipper cap. For this reason, they are usually used in wines that can last up to 3 years in the bottle.

Although the type of manufacturing can vary, they are characterized by having a tapered bottom. This is because they must offer more resistance to the internal pressure of the bottle, caused by the carbon dioxide content of this type of wine. 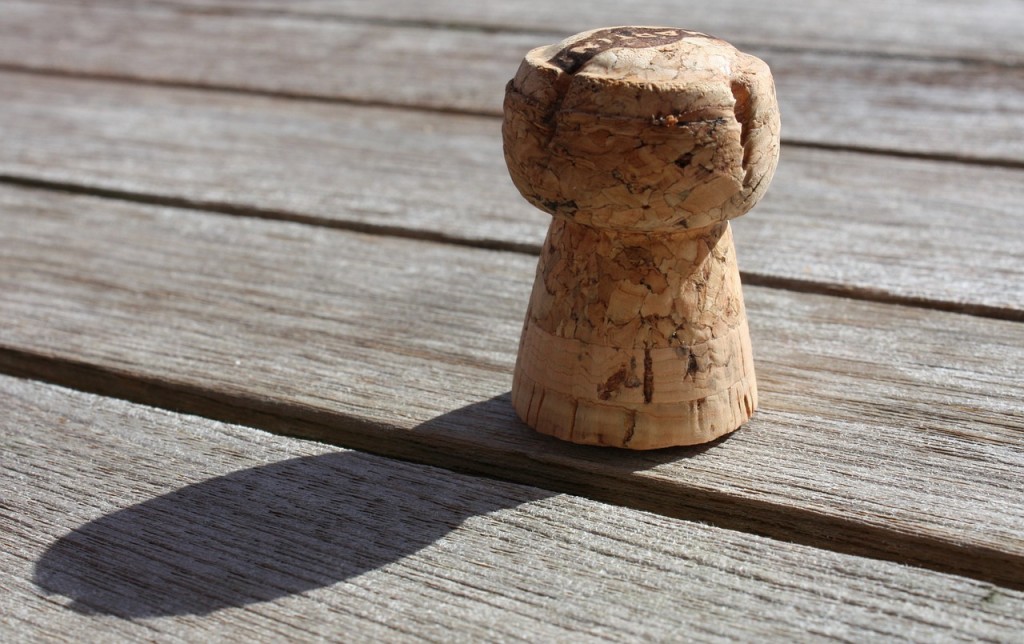 These are natural or clogged cork stoppers in whose upper part presents a capsule made from various materialssuch as glass, metal, plastic, or wood. The main advantage is that they allow reuse and closure by the user, making it suitable for closing bottles that are not finished at once. They are the caps that we find in the bottles of Oporto, Jerez or Muscat or in the bottles of some liqueurs.

It is a plug that combines natural cork with 5 membranes developed from synthetic polymers, each with a specific objective, such as control the presence of oxygen or avoid TCA.

According to tests developed by the manufacturer brand, it seems that this type of stopper has managed to avoid the presence of TCA in the bottles that use it. However, the sample analyzed is still small enough to support 100% reliability in protection against TCA.

On the other hand, its production is more expensive than that of the natural plug.

BASED ON SOLID SYNTHETIC POLYMERS

They are plugs made from different plastic polymers and silicones. Their production is cheaper and they allow more striking designs through the use of different colors. They are presented as a solution to TCA, however, they do not guarantee 100% that the compound will not develop.

As disadvantages it should be noted that materials employed in its use tend to contract from 3 years in the bottle, so its use is not recommended in wines with longer times. In addition, its sealing before the entry of air is much less effective than that offered by the natural cork stopper. To all this we must add that its production involves the release of high amounts of CO2, so it is not ecologically sustainable.

It may interest you:  The wine and its dish

Furthermore, its use can favor the appearance of chemical flavors and aromas in the wine.

BASED ON SYNTHETIC POLYMERS WITH CONTROLLED OXIDATION HOLE.

Plugs similar to the previous ones, with the difference that they incorporate a kind of valve along a hole longitudinal in the plug. This valve has the task of allowing a controlled entry of oxygen inside the bottle.

They are more expensive to manufacture than the previous type and offer a higher permeability than the natural cork stopper, so they would not be suitable for prolonged periods of bottle aging.

Caps made of aluminum or plastic. They are relatively cheap to manufacture and, according to the model, allow different levels of air permeability. They favor the development of fruit aromas in young wines. They are not recommended for periods of time greater than 12 months in the bottle, since they do not allow a correct aging of the wine. In addition, being faster to open than a traditional cork, it has been well accepted in the hospitality sector in some northern European countries.

They are rare stoppers as closures for wine bottles. Its production is expensive compared to that of other types of stoppers and it has yet to be determined how its use affects the aging of wines that need several years of development in the bottle.

As advantages it should be noted that they are recyclable and that their use does not alter the taste and aroma of the wine. 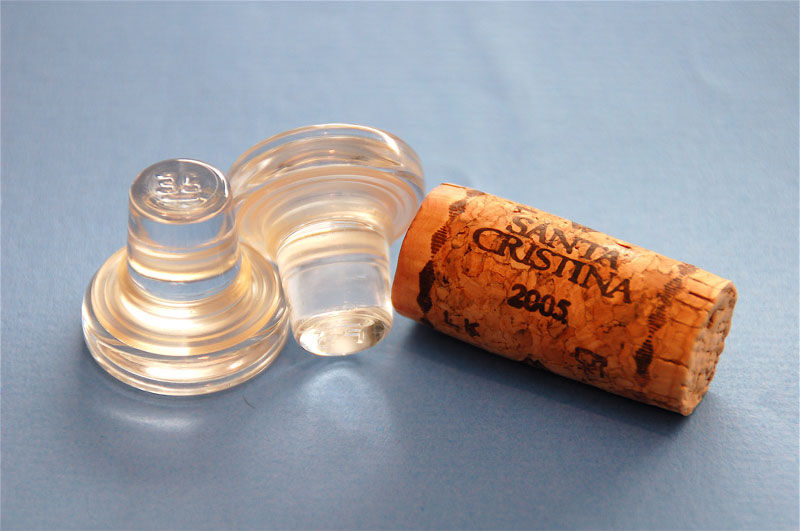 As we have seen, the stoppers for wine bottles can be a key element in the proper development of a wine during the period in which it is bottled until the moment of consumption. For this reason, the industry in this sector is constantly innovating to offer new options to wineries and consumers.

However, although it would not be correct to judge the quality of a wine by the stopper that closes its bottle, it is true that the quality of the stopper influences the consumer's perception of the quality of the wine. In addition, to this we must add that uncorking a bottle is a ritual in itself for lovers of good wine. Since there is really no design that has proven to improve the characteristics offered by the natural cork stopper, we can be sure that the cork will remain for many years in a special place in the world of wine.

Wines: 10 basic rules of when and how to decant them