In Hispanic countries we eat 12 lucky grapes before midnight, but what do other countries do on New Year's Eve with food? The New Year comes with many traditions that promise to bring luck or protect us from bad fortune. And many, curiously, are related to food. Check out these 8 culinary traditions from around the world. 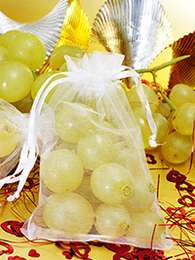 Latin America: eat 12 grapes
In Spain, Mexico and many other countries people eat 12 grapes at midnight on New Years Eve: one with each chime. Each chime lasts about three seconds to allow time for us to gobble each grape ... although it costs many. The 12 grapes usually come prepared in sachets or containers and can be purchased in dozens.
China: noodles and lettuce
In China, noodles are a symbol of long life because of their length. Cutting or breaking them into small pieces is supposed to attract bad luck. Besides noodles Lucky, lettuce plays an essential role in Chinese New Year dinner. This tradition comes from the similarity between the words lettuce and "luck" in Cantonese, so in the Chinese New Year lettuce leaves are used to wrap other lucky foods.
United States: corn bread 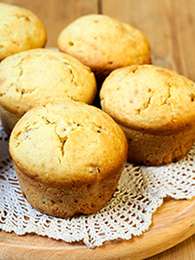 In the United States, especially in the South, corn bread is often eaten at New Years dinner. Due to its golden color it is believed that it looks a bit like gold. If you also want to go a little further, you can add some corn seeds to the bread, because they look like gold nuggets.
Austria: pig
Pigs are believed to attract luck in many countries, perhaps because they were always perceived as a symbol of fertility and strength. In Austria this tradition goes so far that on New Year's Eve dinner guests are treated to a whole pig's head. However, to have good luck, you don't have to eat a real pig. Amulets or sweets baked in the shape of a pig also work.
It may interest you:  An app that tricks your brain
Scandinavian countries and Germany: fish 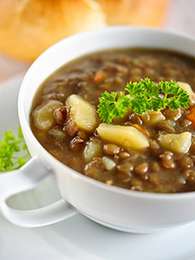 In many countries fish is considered a lucky meal, although traditions vary from country to country. In China fish must be served whole. In Germany herring is a good luck charm.
Italy: lentils
A typical Italian dish in the New Year is "Cotechino con Lenticchie", pork with lentils. Lentils are believed to bring good luck because they look like coins. Further, These legumes grow when soaked in water, which is interpreted as a way to attract fortune. Thanks to its shape, lentils and various types of beans are believed to attract good luck in many other countries. So ... Let's eat!
Philippines: round fruits
In the Philippines, round fruits are thought to bring good luck and success for the whole family. This means that 8, 12 or 13 (depending on tradition) fruits must be on the table to welcome fortune.
Text and photos courtesy of Skyscanner.com

The best smart kitchen appliances for 2021